A Soul Sabbatical in South America 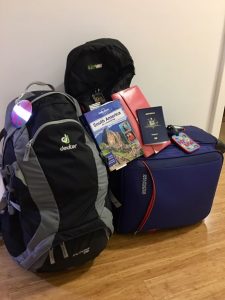 It was Martin Luther King who said, “I have a Dream”.  There is also a well known quote attributed to Goethe…… Whatever you can do, or dream you can, BEGIN IT.  Boldness has genius, power and magic in it ………

About 9 years ago I had a Dream – to learn Spanish, and head off on a solo trip for 3 months to explore Latin America.   Not an unusual aspiration for a modern young women, but  it did raise a few eyebrows, when this  happily married grandmother in her mid sixties finally set off to realise that dream.  Most people were encouraging, excited for me, but full of cautionary tales, ‘be careful’ warnings  and “you’re so brave” comments.

This was to be my first real solo travel, having married young (as one did in the ‘70s).  With my parenting role completed , a supportive employer, and a ‘not so sure about it’ husband, I set off on my ‘Soul Sabbatical’, which I hoped would be as much an inner journey as a geographical one. 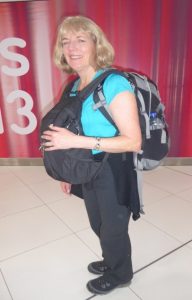 I had pre-planned some parts of the journey  – a soft start up in Santiago, Chile; a small group cycle tour in Peru; a Spanish language intensive in Cusco, Peru; a spiritual retreat in Mexico and a yoga retreat in Guatemala.  I was determined to ‘go with the flow’ for the rest.  Based on my trusty Lonely Planet guide and the recommendations from fellow travellers, ‘the flow’ took me to La Paz, the Salar de Uyuni  salt flats adventure, Sucre and Santa Cruz in Bolivia, Buenos Aires and  Cataratas Iguazu in Argentina, and Colonia in Uruguay.  Then to Europe where I did some photo and journal completing in Barcelona, before enjoying  some time with close family in London and Copenhagen.

There were so many highlights – and I so enjoyed the Youth Hostel culture and all the really impressive young people  I met along the way, who were so open, adventurous, and interested in some of my thoughts and experiences about life, love and relationships.  (I work as a Relationships Coach and Counsellor.)

I met a number of young women, and I was so impressed with their confidence, maturity and wisdom at a relatively young age. I was particularly touched when one of them said, “I’d love my Mum to meet you, to see what you are up to.  My mum is younger than you, but she acts so much older”.

To all the travellers I met along the way, I say thank you for enriching my journey, and my life, even though our meeting was just a moment in time.  Like Ulysses in Tennyson’s classic poem, I feel “I am a part of all that I have met”…..or rather, that everything I met is now part of me.

My long held dream of travelling solo in South America is now a rich memory  …. and a new dream has not emerged yet ……

So …..What is YOUR Dream?  I invite and encourage you to dream big …..and whatever it is BEGIN IT NOW!

2 thoughts on “The Power of a Dream”